Who Said German Companies are Laggards in Applying Big Data?

I was struck by a headline in Dataconomy: “German Companies Are Behind on the Trend of using Data to Solve Business Challenges.” Headlines are a hook, but is there truth behind this statement? Well, no, I don’t think so.

My background is entirely different from the author, Dr. Jonathan Mall, of the Dataconomy article. Mall is as computational Neuropsychologist, and he is solving questions on human behavior. I, on the other hand, have worked in the world of new computer technologies for nearly 30 years. My focus is on helping engineers, scientists and business professionals to gain efficiency, cost reductions and increase profit. I can only imagine that Dr. Mall was referring to his own industry.

So where do German companies fit into the data story. Americans associate the German culture with innovation, precision and excellence in design. Are we that wrong? If data begets innovation, then German companies and individuals must have lots of data. Here are a few notable German inventions:

Even before Big Data analytics of today, you can see data was the root and route to discovery and innovation. Data from real world events was collected and interpreted then, as it is now. Humans processed the data in their heads, or used tools, such as pencil and paper, and mathematics. 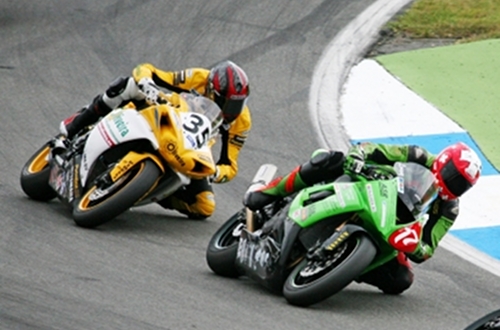 We all want to avoid falling out of the sky as our friend Lilienthal did.

Back to German Companies and Big Data

Let’s make sense of this German company big data laggard thing. One of my company’s partners is a German firm named measX. MeasX is the leading provider of Automotive Test Crash software for European car manufacturers. Do they use lots of data? You betcha. MeasX’s software acquires massive amounts of data from automotive test crash environments. This data comes from sensors: sensors on the test crash wall, on the crash dummies, on the car, sensors, sensors, sensors. MeasX acquires all of this data and can, with precision, assess damage to cars and their crash dummy stand-ins.

MeasX is just one German company processing massive amounts of data to provide the insights humans are looking for to spur innovation. With German companies’ exceptional track record of innovation today, it is difficult to believe that German companies are not on top of the Big Data wave.

We Wish We Were There for You Mr. Lilienthal

We could have run iterative simulations based your hypothesis before you tested your new flying machine in the real world. Viviota’s is an IIoT technology company. We solve the most difficult problems scientists and engineers face, and these problems often exist in formidable environments. We draw new information from operational data to create new products, enhance existing services, significantly improve decision-making, mitigate and minimize risks, and produce valuable insights about operations. We could have saved you!

Viviota is the unicorn. Our solutions can acquire data, analyze is, simulate the real world event and deliver an outcome in less than 50 microseconds, faster than any other IIoT company. We're here to help other industry leaders capitalize on their imagination, innovation and data.

The original interview with Dr. Mall: GERMAN COMPANIES ARE BEHIND ON THE TREND OF USING DATA TO SOLVE BUSINESS CHALLENGES”